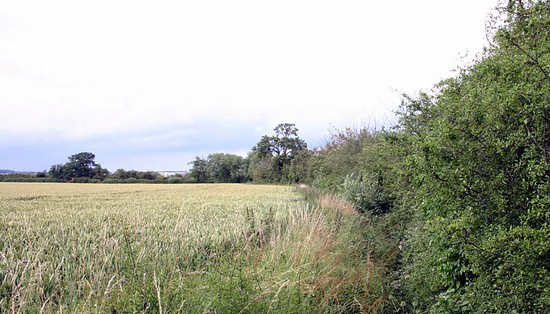 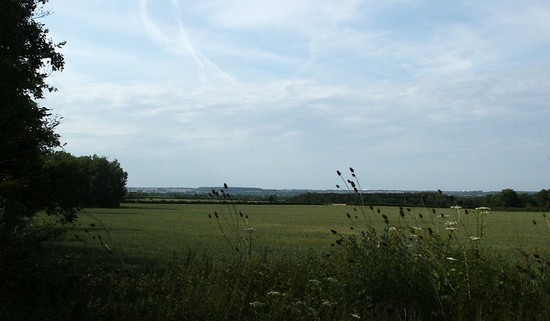 There is no doubt as to the general location of the battlefield. There are however considerable differences between authors as to exactly where they show the two armies deployed and thus where exactly certain elements of the action occurred. Unpublished research conducted by Pannett in the 1970s suggested a somewhat different deployment to all the published studies. This is based on an initial reconstruction of the historic terrain as it was prior to parliamentary enclosure, in the 18th century, of the open fields of Radway and Kineton. The 2004-06 Edgehill Survey carried out a detailed reconstruction of the historic terrain in order to enhance the picture provided by Pannett.

The battlefield today is a much altered landscape from that of 1642. While the adjacent townships had already been enclosed with hedged field by the time of the battle, in Kineton and Radway the medieval open field system still continued to function well into the 18th century. In 1642, apart from the small fields around the villages themselves, only a relatively small number of hedgerows existed across the rest of these two townships. This was why the area was chosen by the commanders as the place to deploy the armies.

In the 18th century these two townships were enclosed under three separate Acts of Parliament, creating the pattern of hedgerows and roads that we see today. But in the late 1940s Kineton was chosen as the site for a new munitions depot, with rail lines and silos being scattered right across the battlefield. Many of these were cleared in the 1980s and 1990s and new silos concentrated on one part of the battlefield within a heavily developed compound with roads and rail lines linking it to the other part of the base, beyond the edge of the battlefield to the north east. Despite this, much of the landscape remains undisturbed and many of the hedgerows which existed in 1642 and figured in the battle still survive today, including much of that which the parliamentarians attempted to exploit to defend their battle array.

The presence of the depot has meant that metal detecting of the battlefield has been severely curtained. Hence, although much damage has been done to the battle archaeology by the construction, demolition and rebuilding of the depot, in those areas which escaped such disturbance the archaeology of the battle survives far better than on many wholly undeveloped battlefields. This evidence was sampled by Captain Grant in the late 1970s and his work was enhanced and developed by a more intensive, systematic programme of fieldwork as part of the Edgehill Survey.

To view further early images of the battlefield and its environs, by searching for Edgehill, on the Windows on Warwickshire website CLICK HERE