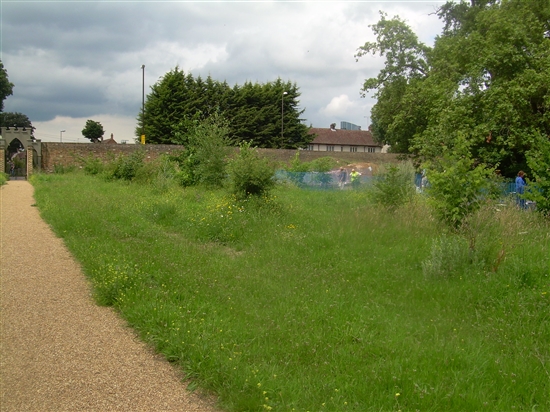 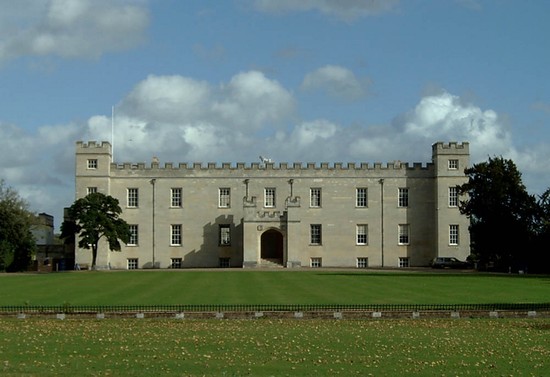 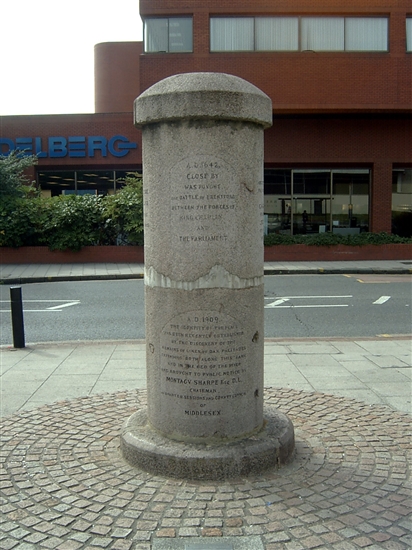 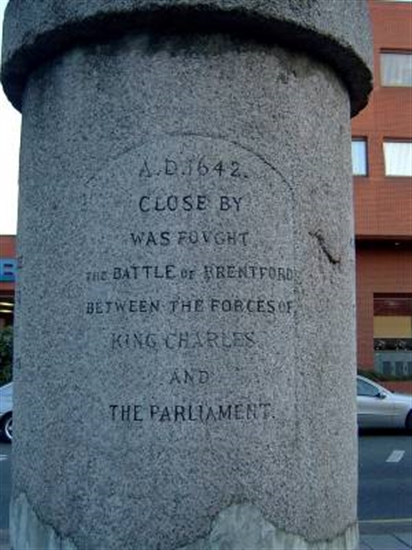 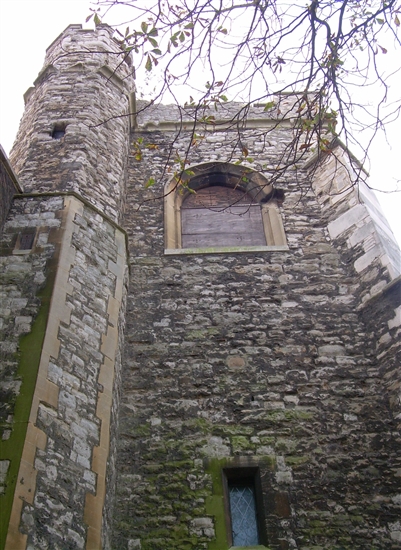 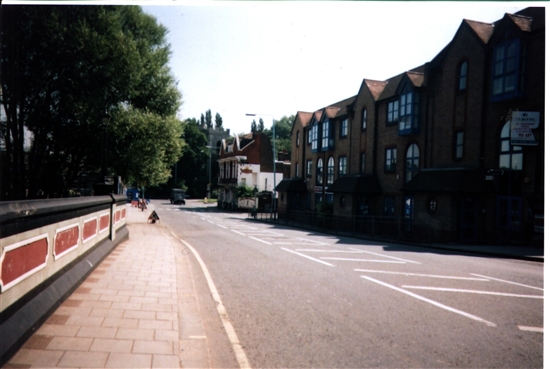 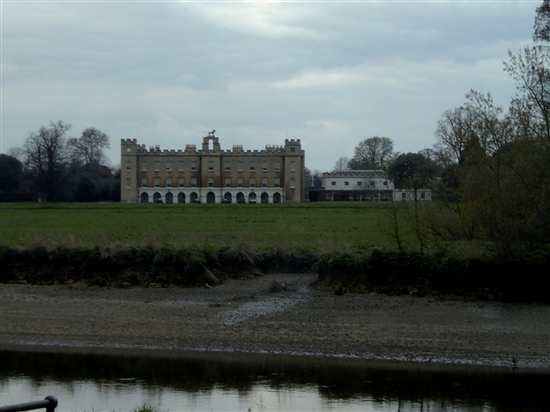 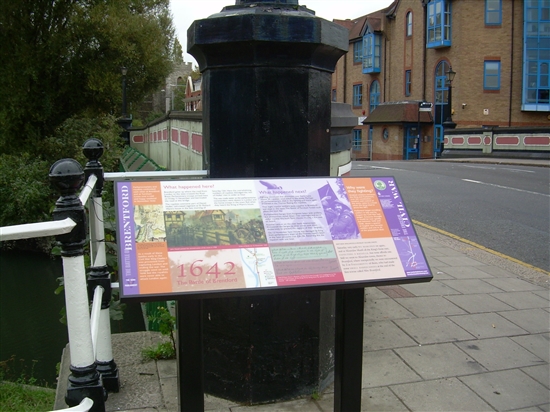 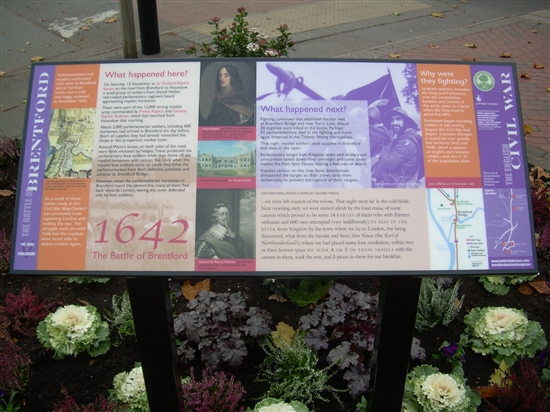 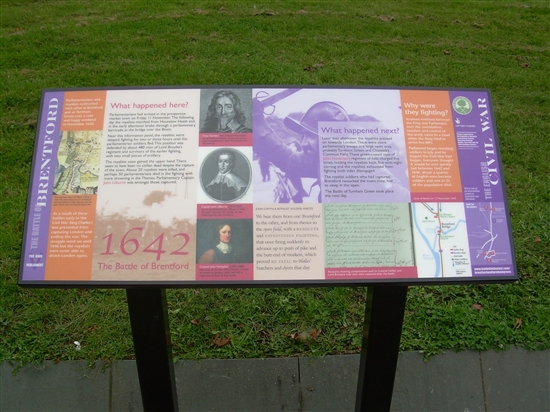 Armies and losses: Royalist army: commanded by Patrick Ruthven, Earl of Forth with 4,600 men engaged from an army of around 12,000; Parliamentarian army: The most senior parliamentary officer present was Lt Col James Quarles of Denzil Hollis’ regiment with 1,300 men. Losses: Parliamentarians: around 150 dead, unknown wounded and 400 prisoners; Royalists: less than 20 killed.

Location: accurately located with fighting commencing to the west of Brentford and then through the town across an enclosed and then urban landscape.

A stiff parliamentarian defence delayed the royalist assault on the town west of London during peace negotiations.

The battle of Brentford was fought on the 12th November 1642. Following the battle of Edgehill, and after taking Banbury and Oxford, the royalist army eventually advanced on London along the Thames valley. On the 12th a large detachment attacked two parliamentarian regiments quartered in Brentford, that were covering the approach to London from the west.  After an initial engagement near Sir Richarrd Wynn's house to the west of Brentford bridge, the battle primarily involved a fight through what was then the small town of Brentford, some 8 miles from the capital. The parliamentarians had constructed two barricades, one at the bridge over the river Brent and another probably at the top of the rising ground to the east of where the county court building now stands.  The royalists eventually overcame these obstacles but their army was delayed by the parliamentarian resistance and halted outside the town at nightfall.  This allowed the parliamentary field army and London militia to form-up on Turnham Green and halt the King’s advance on London the next day.

The attack on Brentford, and its subsequent sack, followed the King’s agreement to peace negotiations with parliament.  For the citizens of London, this confirmed parliamentarian propaganda about the royal army and highlighted the King’s duplicity, strengthening the hand of the those in parliament that favoured war with the King.

Brentford is now wholly encompassed by the urban development of Greater London. However there are limited areas which remain undeveloped within the grounds of Syon House, which lies immediately to the south west of the 17th century town and which also saw action at the time of the battle.