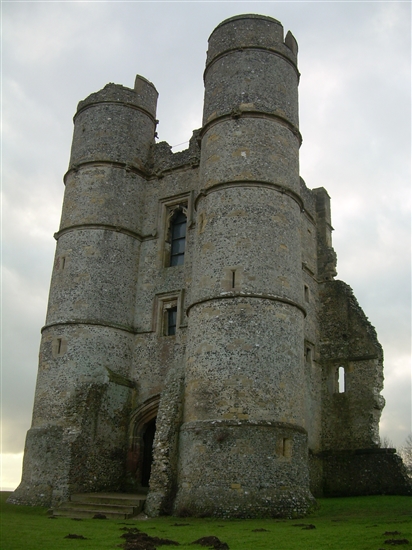 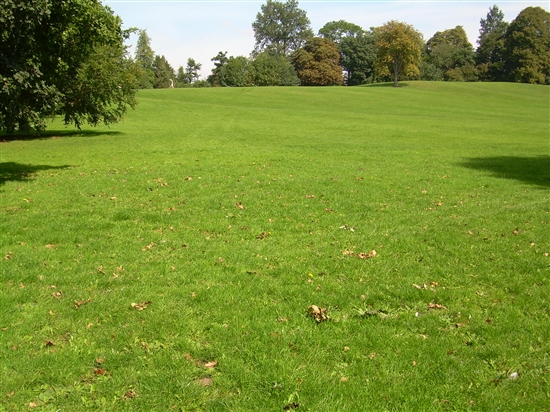 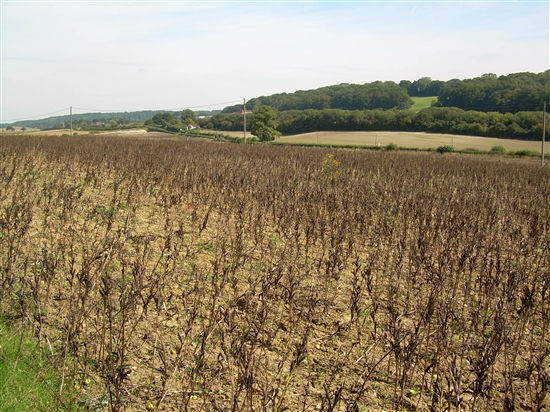 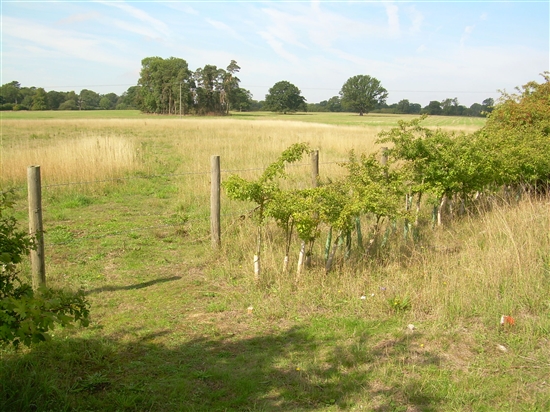 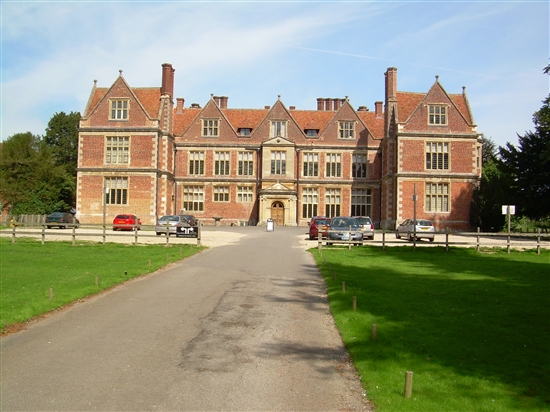 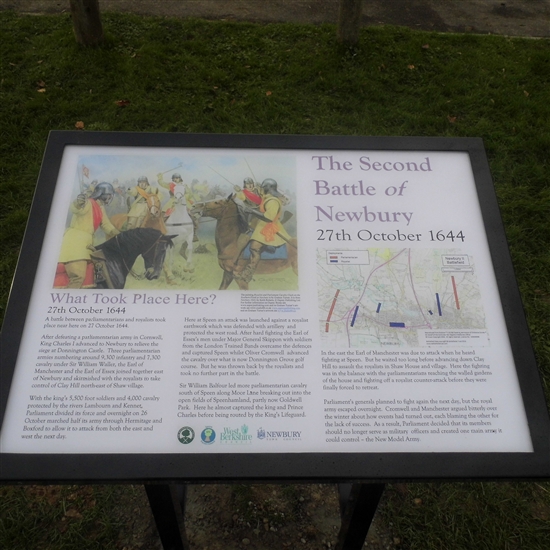 Location: securely located in the fields around the villages of Speen and Shaw north of Newbury and fought across open field, enclosure, and settlement

An ambitious parliamentarian plan to surround and defeat a royalist army north of Newbury failed due to poor timing and a tenacious defence.

Following his defeat of parliamentarian forces at Lostwithiel in Cornwall in early September 1644 the King marched his army eastward and developed a plan to relieve royalist garrisons at Basing House, Banbury and Donnington Castle before wintering in parliamentary East Anglia.   However, he moved too slowly and was caught by the combined parliamentarian armies of the earl of Essex, Sir William Waller and the Eastern Association under the earl of Manchester to the north of Newbury in late October 1644 and was forced to give battle.

From 22 October 1644 royalist forces began to concentrate in the area north of Newbury on an open piece of ground, known as Speenhamland, between the rivers Kennet (to the south) and Lambourne (to the north).  On 25 October the parliamentarian armies rendezvoused on Bucklebury Heath to the east of Newbury and advanced along the Bath Road before skirmishing with the royalists for possession Clay Hill, which they eventually took to overlook the royalist position.  After further skirmishing the next day, the parliamentarians decided to split their forces and attack the royalists from the east and the west.  After marching north around the royalists overnight, the western force was in a position to attack at mid-afternoon on 27 October.  The battle commenced with this force attacking the royalists around Speen and eventually driving them from prepared positions.  But the parliamentarian cavalry on both flanks were thrown back and fighting petered out as the short autumn day ended.  In the east the earl of Manchester attacked the royalists in other prepared positions around the village and House at Shaw. Despite initial success Manchester's soldiers wre driven back from the House and village before fighting ended for the day.

Parliament's generals expected to resume combat the following day, but overnight the King slipped away north with his army across the Downs, the bulk making it to their billets around Oxford.  The royalists left their cannon at Donnington castle and returned to collect it in force in early November, when they faced-off Parliament's army in the so called third battle of Newbury, which involved only limited skirmishing.

Oliver Cromwell, who served ineffectively in the battle as Lieutenant General of horse with the western force, used the failure of the parliamentarian armies at Newbury II to attack the earl of Manchester. Relations between them had been deteriorating since the summer, but following the battle this developed into a public spat.  This and wider recriminations about the events at Newbury acted as catalyst to the war party in Parliament to attempt radical change in the way the war was being conducted over the winter of 1644/45.  By April 1645 Parliament had agreed the  introduction of the Self Denying Ordinance, preventing those holding political office from having military command, and had combined the forces of Waller, Manchester and Essex's into the New Model Army.

Much of the battlefield has now been built-over and the A34 Newbury bypass cuts directly across the advance of parliament's western force against the royalist position at Speen.  But remnants remain.  In the west the initial parliamentarian deployment area and some fields to the east of the A34 where fighting almost certainly occurred.  The line of attack of Parliament's right wing of cavalry in the west can still be traced along Moor Lane and a sense of the terrain where fighting took place in Goldwell Park.  In the east Shaw House still stands and the fields to the north of the house and to the south and east of Brick Kiln wood are also likely to have seen fighting.  Donnington Castle, besieged three times during the civil war, stands to the north and is in the care of English Heritage.