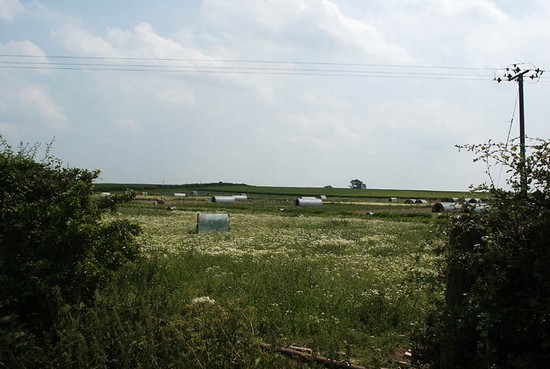 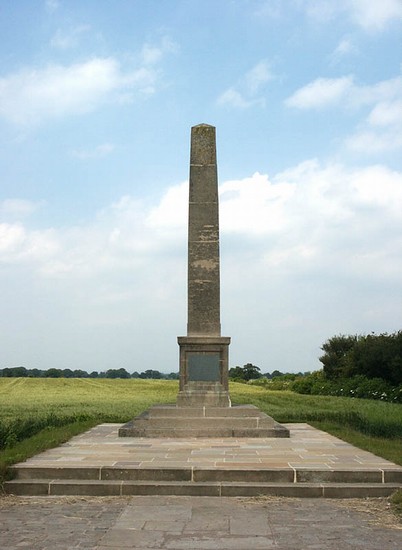 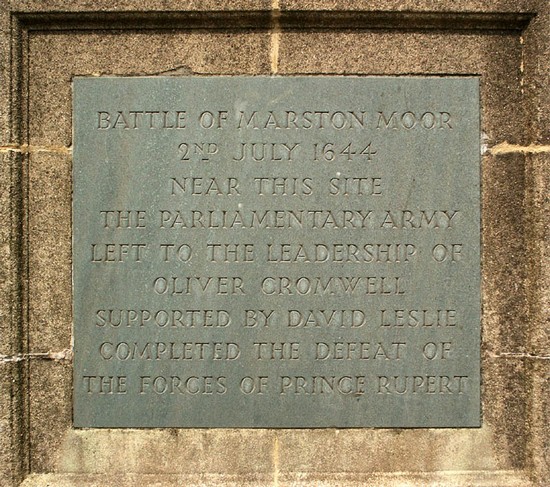 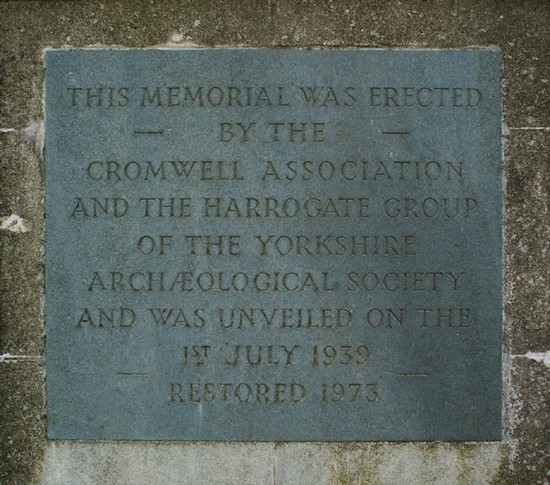 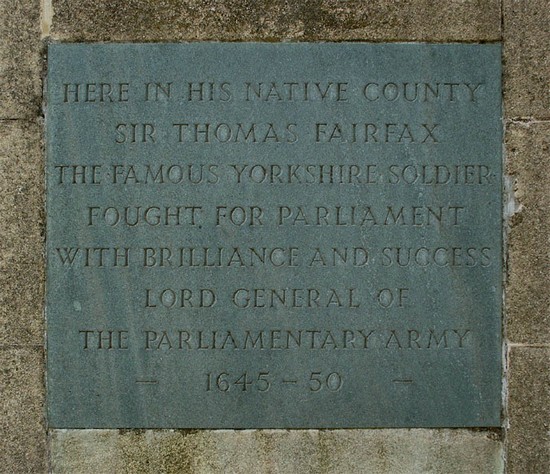 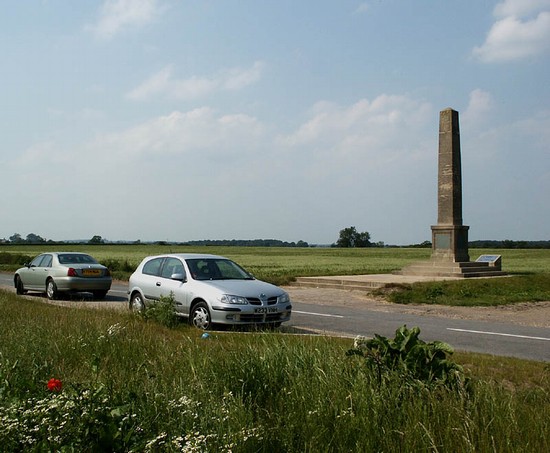 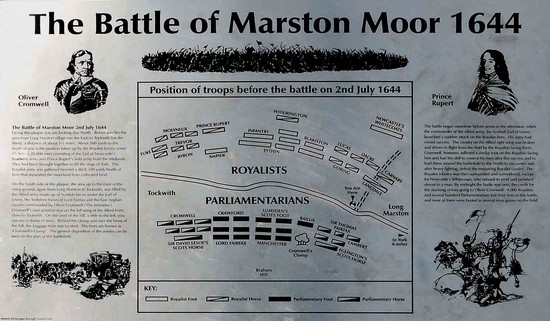 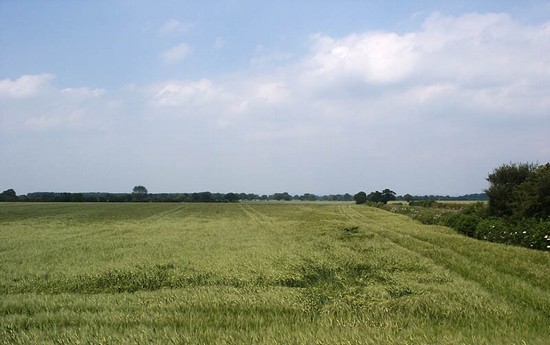 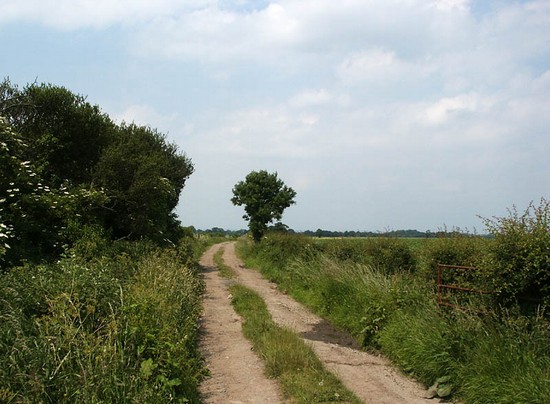 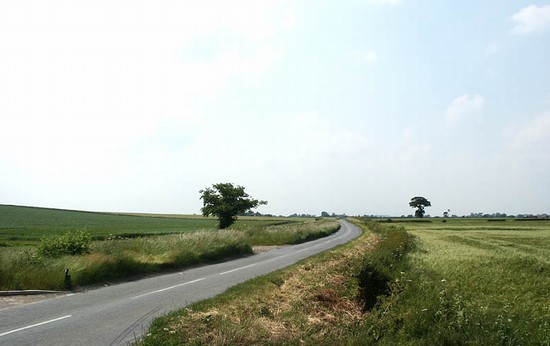 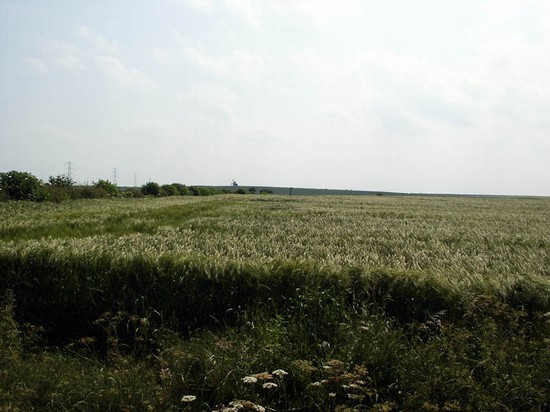 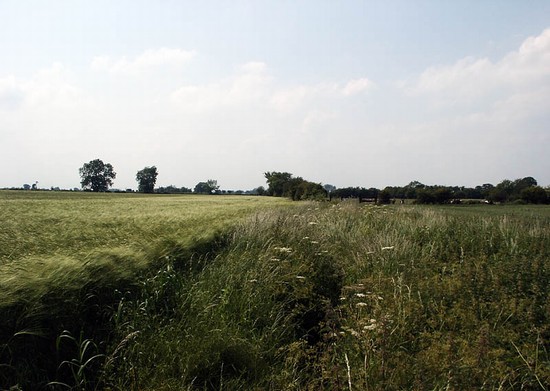 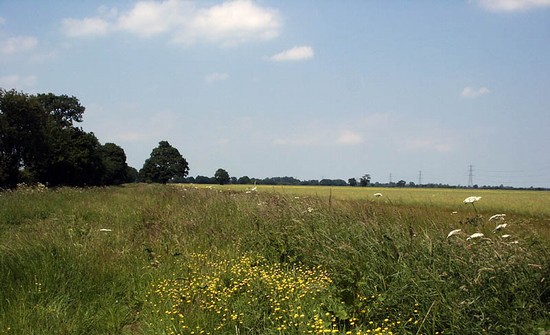 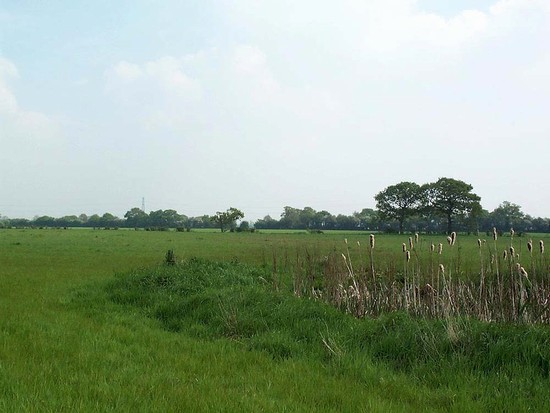 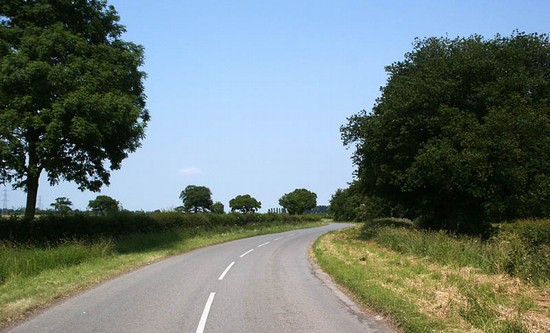 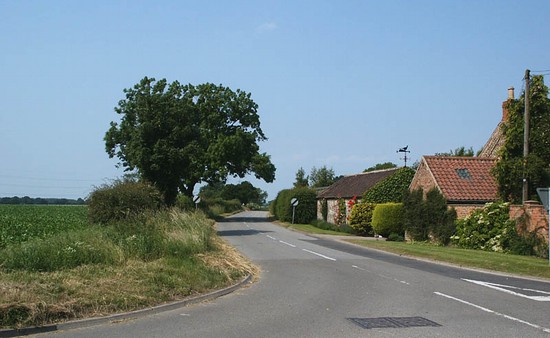 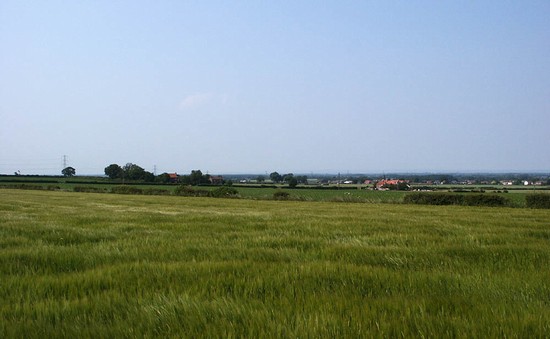 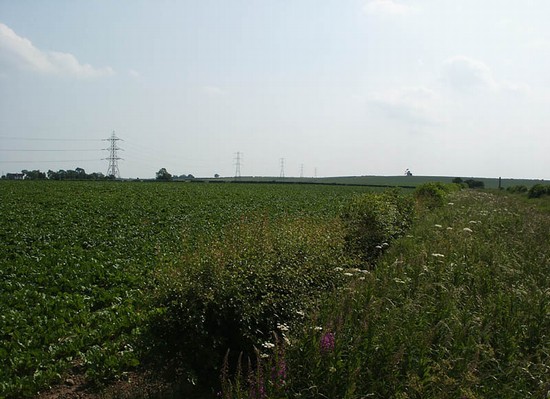 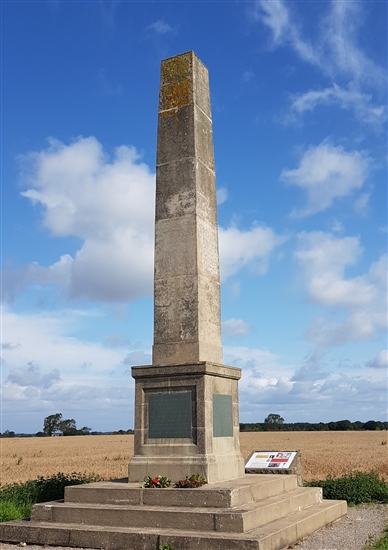 Armies and losses: Royalist under Prince Rupert with around 18,000 men; Parliamentarian and Scottish Covenanter under Earl of Leven with circa 28,000 men. Losses:  Royalist: circa 4,000 killed, circa 1,500 captured; Parliamentarian: 200-300 killed.

Location: securely located on the fields between Tockwith and Long Marston villages and fought over open field, moor and in enclsoures.

The largest battle of the Civil War. Defeat by a combined Scottish and parliamentarian armies lost the royalists control of the north of England.

The battle of Marston Moor, which took place in the evening of the 2nd July, is believed to have been the largest battle ever fought on English soil.  Despite the royalists having 10,000 fewer troops than the parliamentarians, the outcome was by no means a foregone conclusion. But, after initial success on the left and in the centre, Rupert was defeated in dramatic fashion. In just a couple of hours on Marston Moor the the fate of York and control of the North was decided, the royalist Northern army was effectively destroyed, and Rupert and the royalist cavalry lost their reputation as an invincible force. The Scottish contribution to this victory was considerable, but the accounts of the battle by English parliamentarians highlighted it as one delivered by the Eastern Association forces under Oliver Cromwell.  This started the process of making his name as great commander and indicated how a well equipped, trained and committed parliamentarian army could win the war.

The open fields and moorland are now fully enclosed but they remain agricultural. The villages of Long Marston and Tockwith have expanded a little but have had only minimal impact on the battlefield. Marston is thus one of the better preserved if our major battlefields. It is also relatively well understood as a battle and the action has been fairly securely located within the landscape.

The road between the two villages road runs across the centre of the battlefield, as it did in 1644, allowing access to the visitor. Views from along this road allow an appreciation of the landscape. A monument, together with several interpretation panels, is also situated half way along this road, adjacent to a lay-by for several cars. There is also a lane which runs north from one side of the monument, which is regularly used by visitors to gain access down to the former moor edge, where the initial infantry engagement took place, and out across the flat expanse of former moorland. Beside Marston village a minor road leads north along the eastern edge of the former moor, and this is almost certainly where Sir Thomas Fairfax made his right wing cavalry attack at the beginning of the battle. At the western side of the battlefield a footpath leads up across Bilton Bream, the site of the rabbit warren from where Cromwell's cavalry launched their decisive attack.