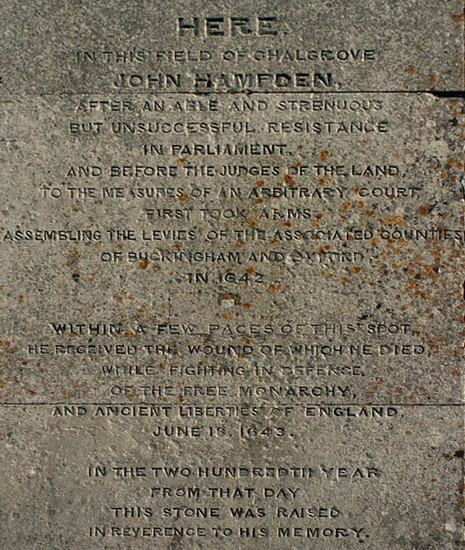 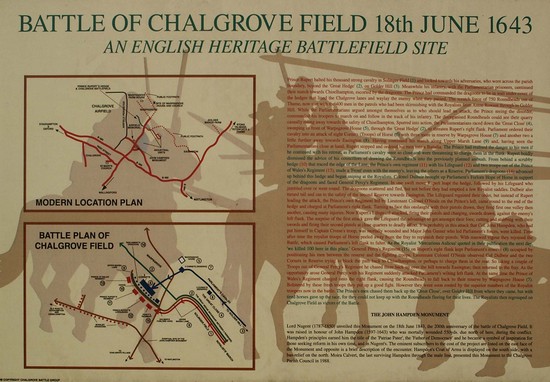 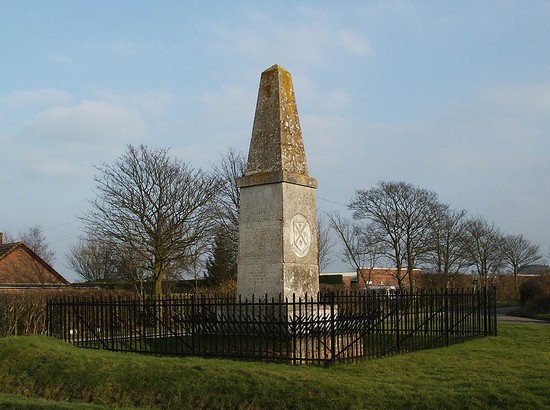 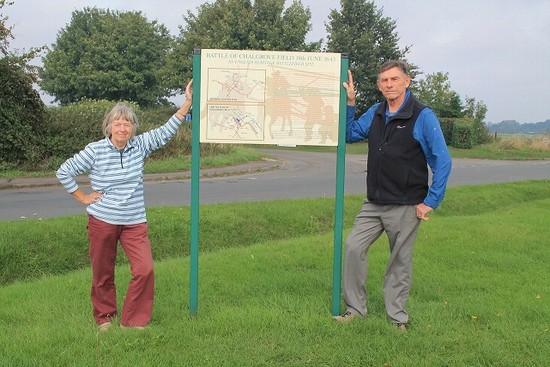 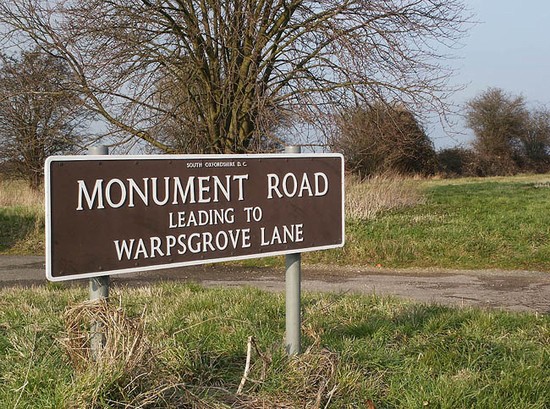 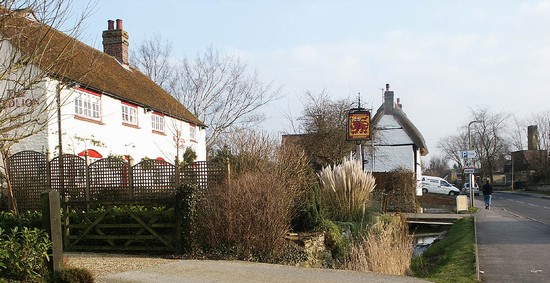 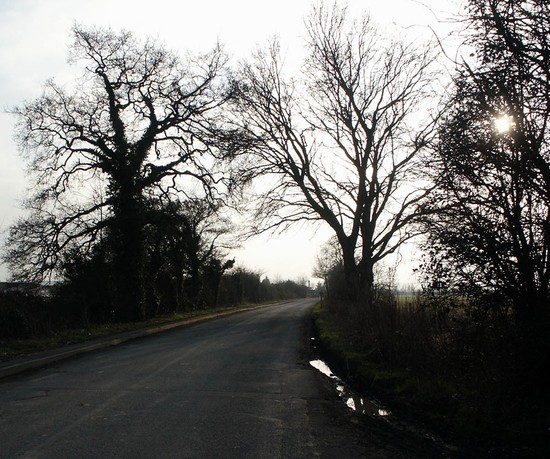 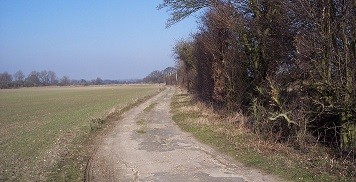 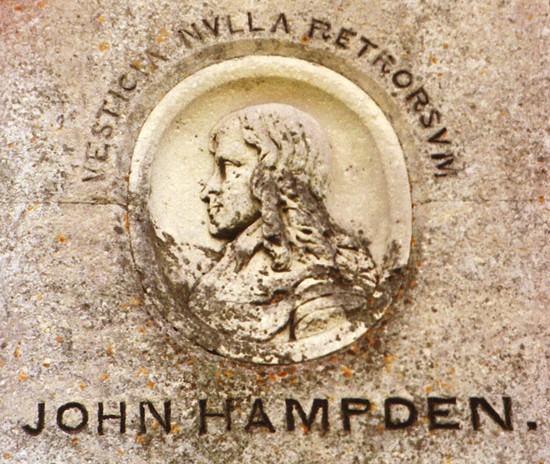 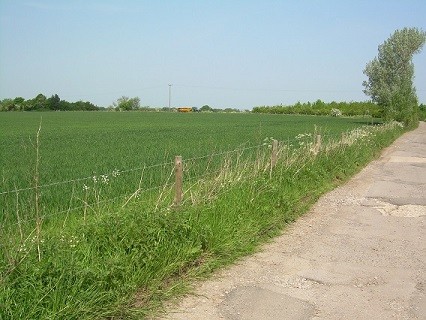 Start and duration: Around 9am lasting only a short time

Armies and losses: Royalist: commanded by Prince Rupert and consisting of circa 100 cavalry, but with infantry and dragoons at a distance and not engaged. Parliamentarian: under Major John Gunter with around 1150 cavalry and dragoons, though with less directly engaged. Losses: few on both sides, but with Colonel John Hampden mortally wounded.

Location: securely located in the fields between Chalgrove airfield and Warpsgrove Lane and fought over open field and hedged enclosures

A royalist raid into east Oxfordshire climaxed with the defeat of a pursuing parliamentarian cavalry and dragoon force north of the village of Chalgrove.

The battle of Chalgrove took place around 9 o'clock on the morning of 18th June 1643. It was one of a number of small scale actions between Essex's army and the Oxford royalist forces that followed the fall of Reading. Using  intelligence provided by the turncoat Colonel John Urry and no doubt encouraged by knowledge that a parliamentary pay convoy of £21,000 would be in the vicinity, Prince Rupert initiated a raid on parliamentarian billets around Thame.

Leaving Oxford on 17 June, Rupert marched with a force of 1,100 horse, 500 infantry and 350 dragoons.  Although he missed the parliamentarian payroll, Rupert was highly successful in disordering two parliamentarian quarters at Postcombe and Chinnor, capturing or killing 170 enemy troops and easily outwitting and out manoeuvring his enemies at Chalgrove. The importance of Chalgrove lies not with its military significance; there were numerous other small actions of similar scale throughout the country during the war. It was rather its political implications in the loss of Colonel John Hampden, who was fatally wounded in the conflict. Hampden had been a key political figure on the parliamentarian side both before and during the war and his loss was keenly felt.

Chalgrove battlefield remains largely as agricultural land. The World War II airfield to the west covers a substantial area of land but appears not to impinge upon the core of the battlefield. The battlefield lies between the airfield and Warpsgrove Lane, thought the precise area of deployment is the subject of some debate. Cases have been put forward for the Upper Marsh Lane area by the Chalgrove Battlefield Group or closer to the airfield by others. To the east of Warpsgrove Lane there is extensive industrial development.

There are no public rights of way across the battlefield, but fortunately Warpsgrove Lane runs right across the battlefield from the former open field into an area of what was in 1643 pasture closes. A monument to John Hampden stands at the crossroads on Warpsgrove Lane where roads lead off to the left and right to the appropriately named ‘Monument Industrial Park’ and ‘Monument Farm’.