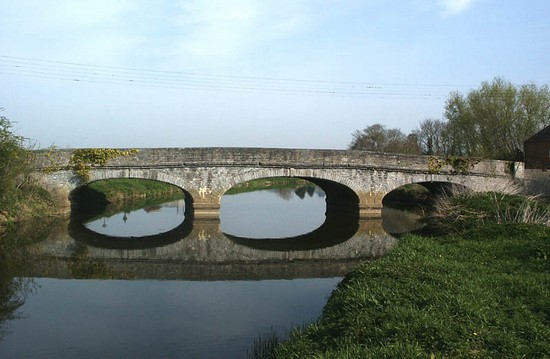 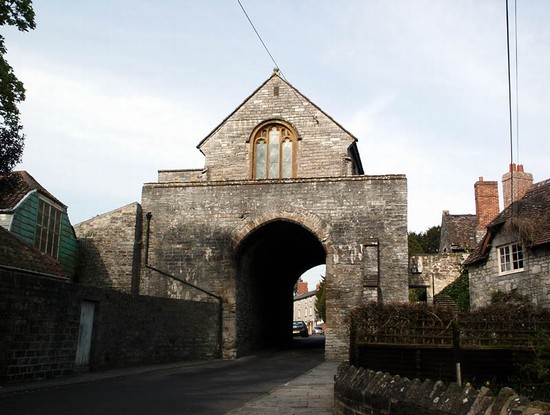 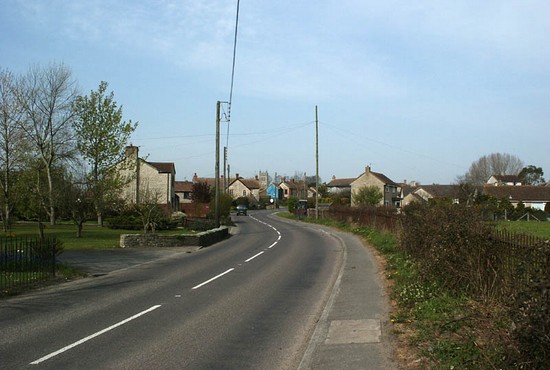 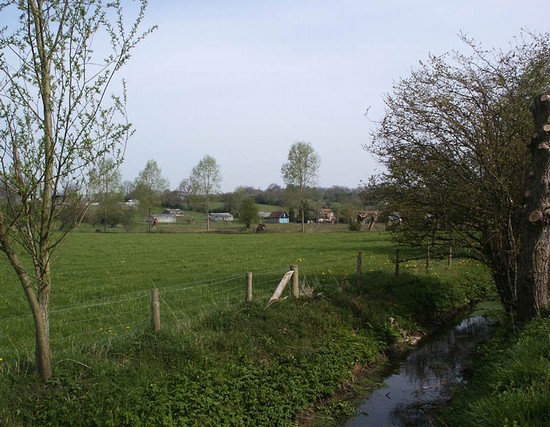 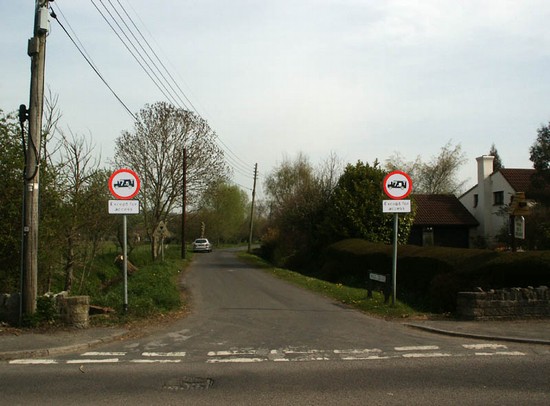 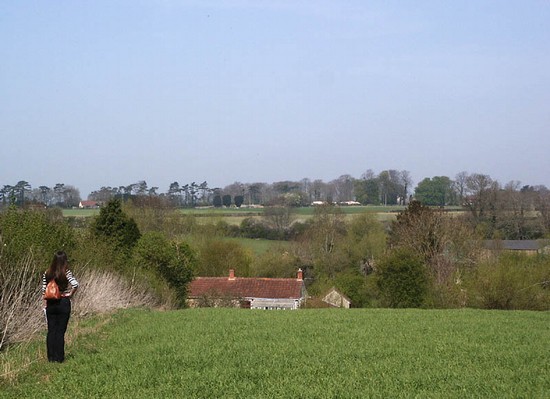 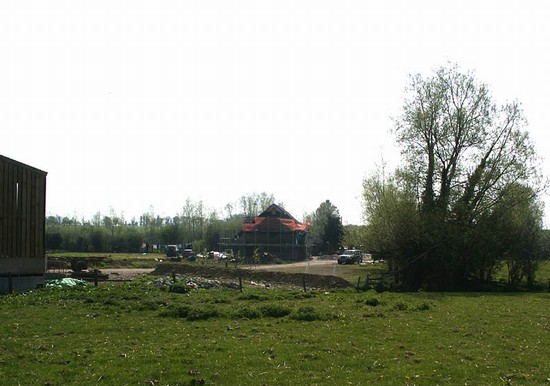 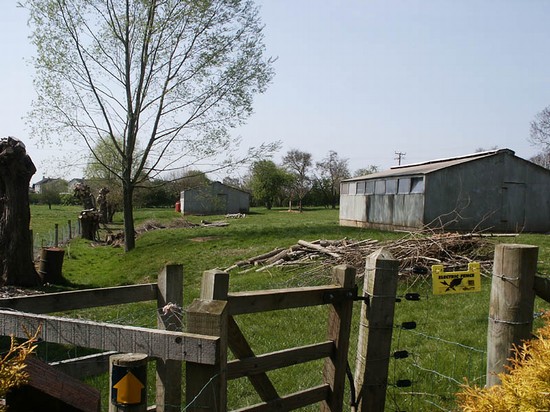 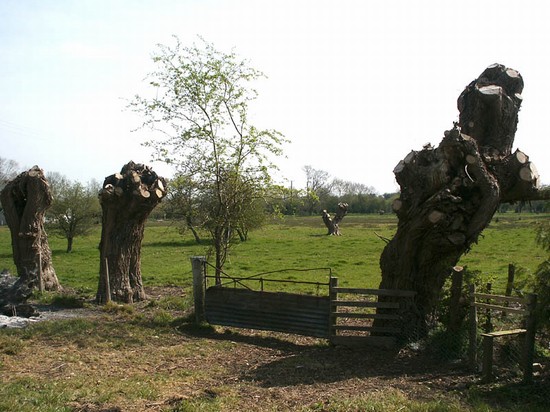 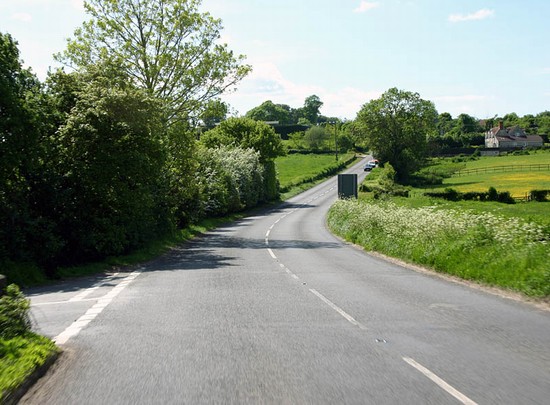 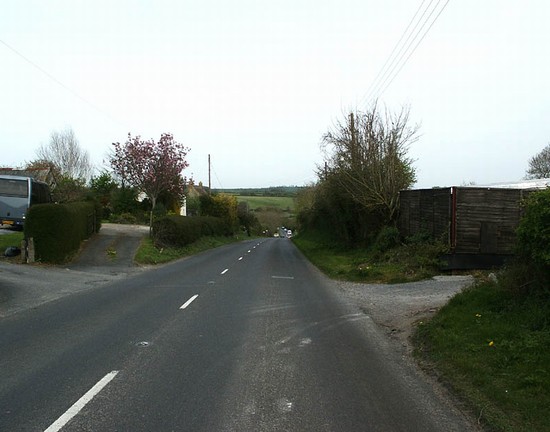 Location: alternative sites have been suggested, though the battle was fought over open fields and in enclosures.

The vanquishing of a royalist army in the south-west by the New Model Army further reduced the King's military capabilities and hastened his ultimate defeat.

The New Model Army approached the small town of Langport from the east. It was a key bridging point where the major road from Somerton passed between two large areas of wet moorland. This was a logical place for the royalists to make a stand, or at least to try to hold up the parliamentarians in order to enable retreat, via Sedgemoor, to the port of Brridgewater. Goring sent his baggage and artillery ahead towards the port, keeping only two pieces of ordnance with the army. He then turned and marched out to the east of Langport, to face the parliamentarian army. Though he held a strong position, on high ground controlling the roads that approached the town from the east, his forces were still outnumbered and outgunned and were soon defeated.

Although the royalist army was not destroyed at Langport, the defeat was to have a significant effect upon troop morale. As Goring admitted: 'the consequences of this blow is very much for there is so great terror and dejection amongst our men that I am confident at this present they could not be brought to fight against half their number’. Bridgwater fell soon after, isolating the remaining royalist garrisons in the West Country.

Three alternative locations have been suggested for the battle along the Wagg Rhyne. Although the site registered by Historic England seems the most likely, archaeological research would help to resolve any remaining uncertainties. Most of the landscape here is still agricultural but there has been some development, especially on the southern site, while there is continuing small scale erosion of the battlefield by small scale development right across this landscape.

Although there is no on site interpretation or monument, access to all three of the potential battle locations is possible. The Wagg Drove is a quiet narrow lane with verges running a little to the side of the Rhyne, giving public access along the entire area and allowing all three locations to be visited. There are also several public footpaths running up onto the higher ground to either side of the Drove, allowing both royalist and parliamentary positions of the central site to be visited. There is a metalled footpath beside the A372, enabling that site to be explored. In contrast the B3153 is a very busy, fast road with no verges. Although it is possible approach the point where the road crosses the Rhyne by walking along the Wagg Drove, it is not recommended to attempt to walk along the main road itself.

A leaflet describing a battlefield walk at Langport can be downloaded from the panel on the left.

Langport pages compiled by G Foard and T Partida, May 2005.