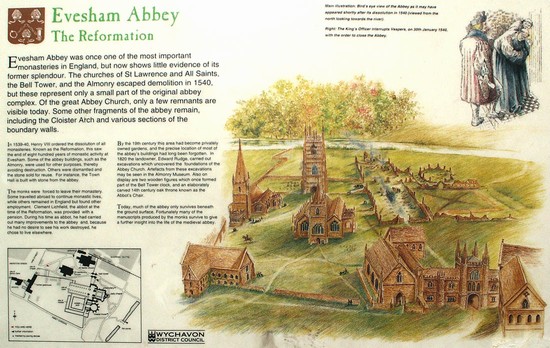 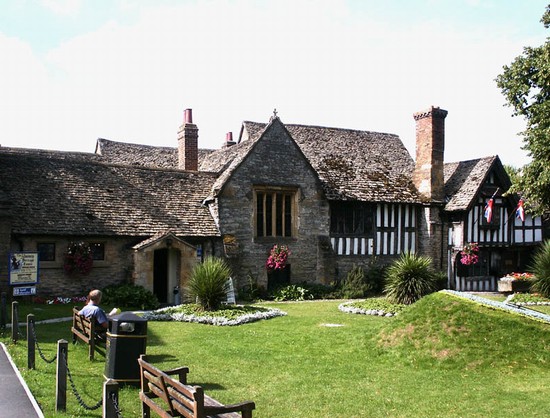 In the Almonry Heritage Centre there is the Battle Room, opened in 1965, on the 700th anniversary by the Speaker of the House of Commons, as a memorial to Simon de Montfort. It contains a battle plan, though its reconstruction of the landscape and especially the open fields of Evesham is inadequate. There is also some information about the battle, an iron axe head, found in the silt of the Avon near Offenham, which is said to be consistent with the form of the weapons likely to have been carried by the Welsh infantry. There are also arrowheads of the period, though apparently not from Evesham. The display is worth a visit but is now looking rather dated and in need of replacement.