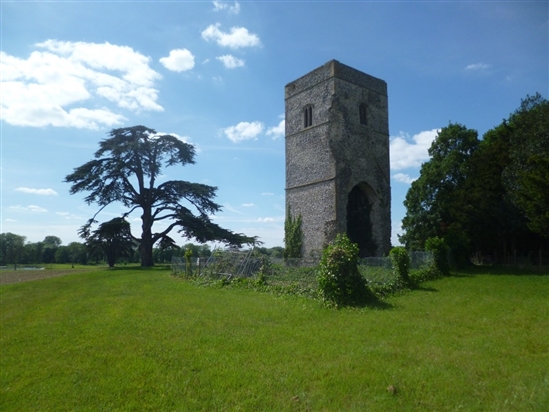 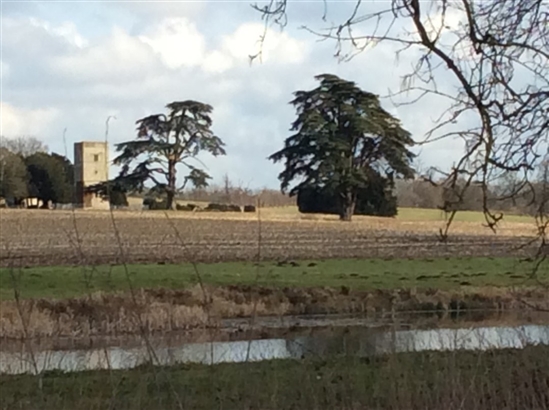 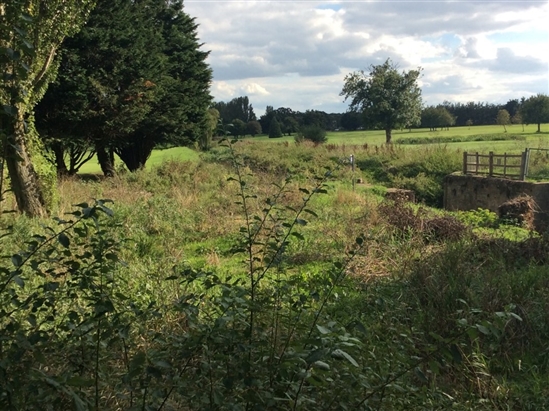 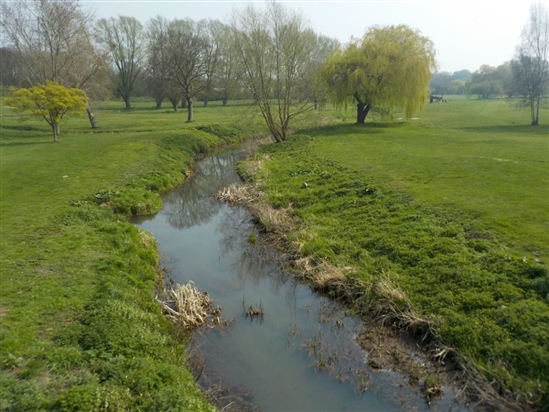 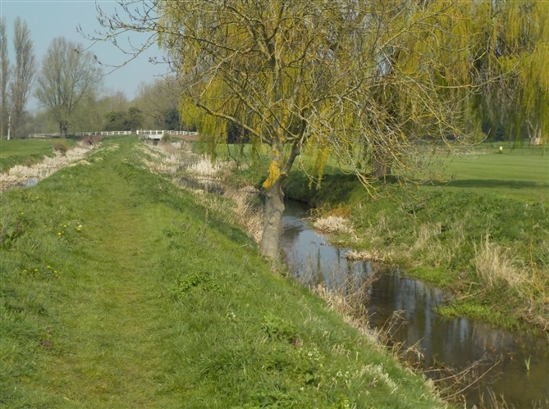 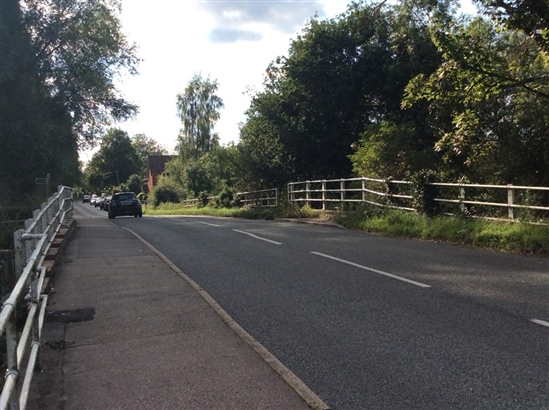 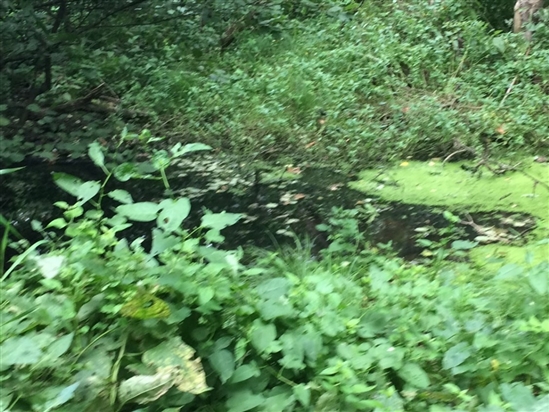 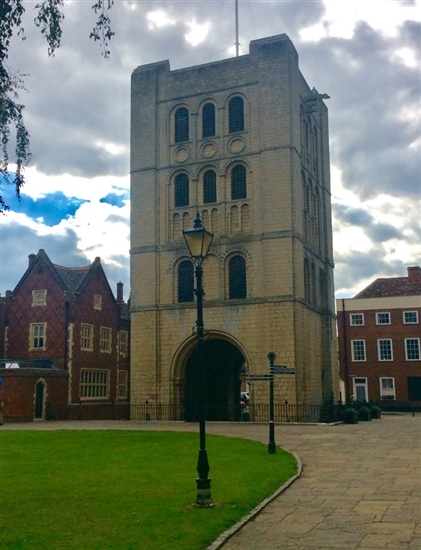 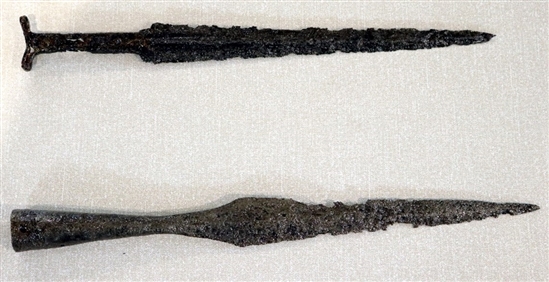 Start time and duration: probably morning and of short duration

Armies and losses: English Crown with 340 knights and an unknown number of infantry; Rebel Barons with 80 horsemen and 4-5,000 infantry. Losses: uncertain

Location:  Approximately located east of the river Lark north of Fornham St Genevieve and fought across water meadow and on the banks of the river.

A decisive royalist victory over an army commanded by rebel English barons, resulting in high casualties amongst the rebel infantry.

The Battle of Fornham was fought outside Bury St Edmunds on the 17th October, 1173, between forces loyal to Henry II and an invading rebel army, during the revolt of Henry's eldest son, also called Henry and known as The Young King. In the late summer of 1173, with Henry II facing his son in France, and his Justiciar Richard de Lucy and Constable Humphrey de Bohun fighting William the Lion in Scotland, Robert Beaumont, Earl of Leicester took the opportunity to cross to England from Flanders with an army, largely composed of Flemish mercenaries. He aimed to join-up with Hugh Bigod, Earl of Norfolk, to extend the rebellion to England.

Leicester’s force, after a failed attack on Dunwich, moved on to Bigod’s castle at Framlingham. Within the space of a few days Leicester decided to take his army across country to his own lands around Leicester. His force reached the vicinity of Bury St Edmunds on 17th October 1173.

For the Crown, Justiciar Richard de Lucy and Constable Humphrey de Bohun learned of Leicester’s landing and, having tricked the unsuspecting William the Lion into agreeing a truce, hurried south to confront the invaders. They were joined by forces belonging to Reginald, Earl of Cornwall (the king’s uncle) and two other earls, William FitzRobert, Earl of Gloucester and William d'Aubigny, Earl of Arundel, as well as the knights of the Abbot of Bury St Edmunds, and Hugh Bigod’s son, Roger.

The royalist barons intercepted Leicester near Bury St Edmunds and ‘brought out their forces in array against his troops’. The Abbot’s forces were led by the banner of St Edmund King and Martyr, carried by Roger Bigod. It is possible that the Justiciar’s forces were already outside the town, preventing Leicester’s further progress into England.   Leicester, reported that he could turn neither right nor left, ‘saw the armed people approaching them … hauberks and helmets against the sun glinting,’ and decided to accept battle.

The Rebel Army, leaving Bury St Edmunds behind them, was probably seeking a river crossing (most likely the causeway which linked Fornham St Genevieve with Fornham All Saints) when they accepted battle with the royalist army. Thus many of their troops were situated on marshy ground near the river, close by the [now ruined] church of Fornham St. Genevieve. The river and the marshy ground accounted for many casualties at the end of the fighting.

The battle ended in a decisive victory for the royalist forces. In terms of rebel casualties “of the Flemings the greater part were killed, a certain number were drowned, a very few were taken away to undergo captivity.” “The prisoners of distinction were sent to the king in Normandy …. but nearly the whole of the foot soldiers were killed.” “The prisoners of low value King Henry ‘disposed of according to his discretion.” “Many of the Flemings were killed, and many of the others taken prisoner and put to death.” Probably over 3000 rebels were killed in the battle or in the rout afterwards along the banks of the River Lark.

Leicester joined the other rebel leaders incarcerated at Falaise in Normandy, but was reinstated four years later and died in 1190 while returning from crusade. The revolt did not end until 1174 with the capture of William ‘the Lion’ at Alnwick, which was followed by the capitulation of Hugh Bigod and a general surrender at Northampton by the Earl of Derby and the remaining rebels, but the victory at Fornham ended a serious threat to the stability of the realm.

Much of the battlefield is now private land, and not accessible to the public. This includes the area immediately around the remains of Fornham St Genevieve Church. The tower of the church, all that remains after a fire in 1782, is 14th century, and therefore post-dates the battle. It is possible to walk along the southwest bank of the river on a public footpath. Particularly in winter it is possible to get a good view of the location of the church, and the fall of the ground towards the river. Even today, after many years of attempts to drain the land, the other side of the river shows extensive ponds and marshy stretches, indicating exactly the difficulties the fleeing Flemings would have faced.