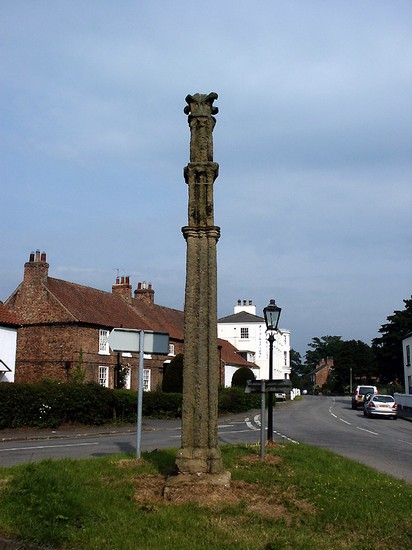 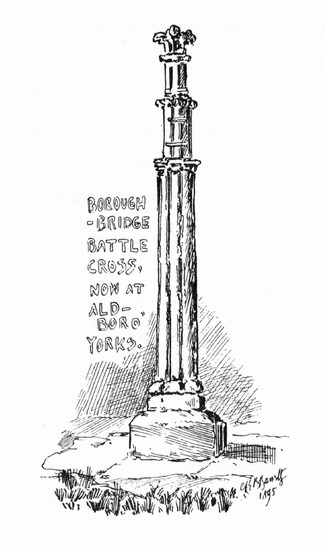 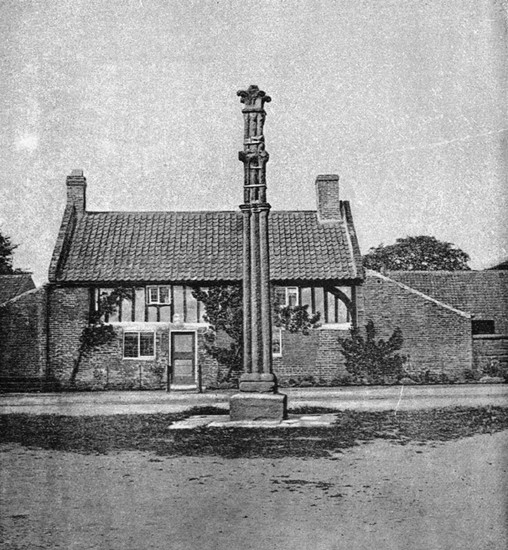 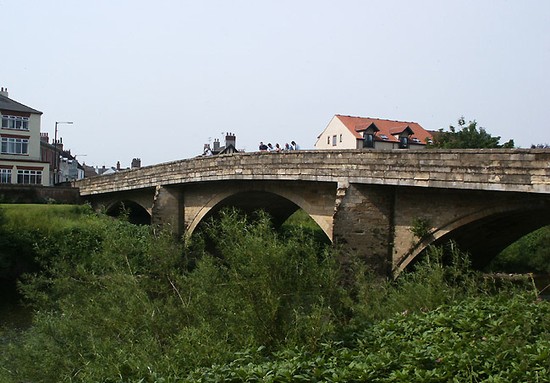 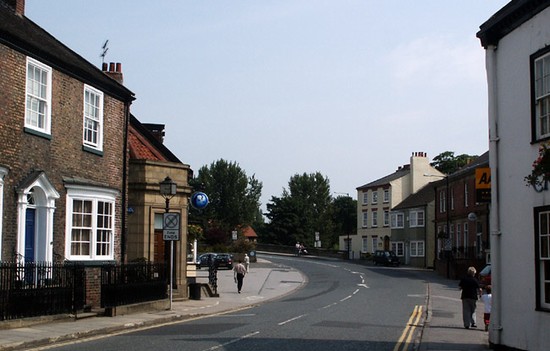 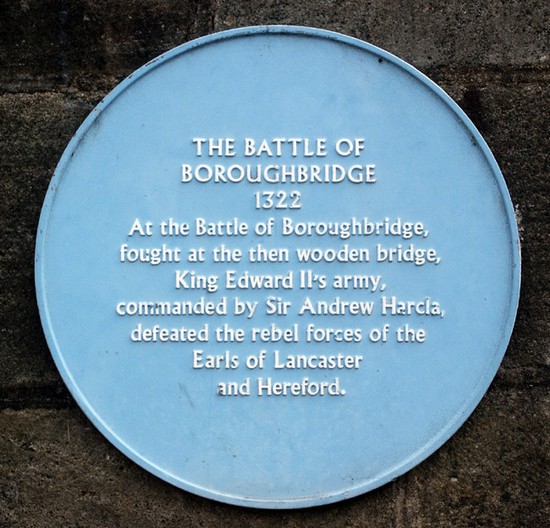 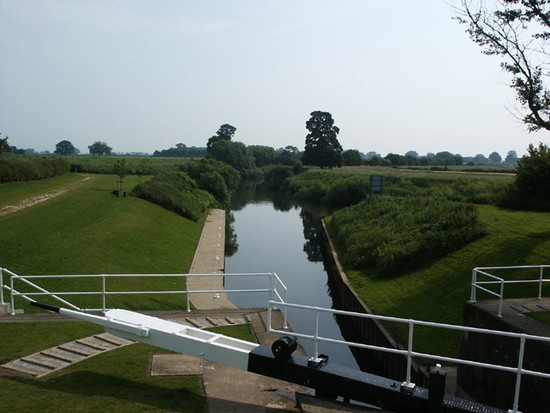 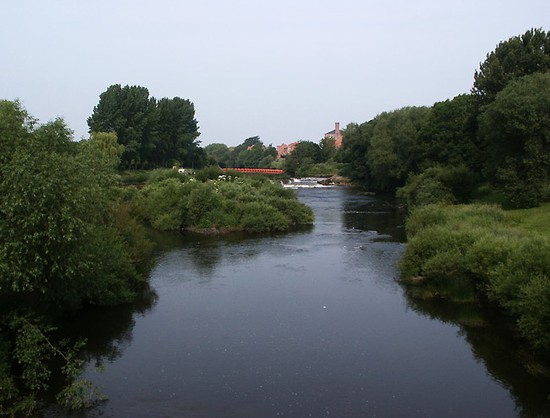 Start time and duration: probably late in the day lasting a fairly short period of time

Location:  Approximately located on the north and east side of the town of Boroughbridge.

Armies and losses: Royal forces under Sir Andrew de Harcla numbering circa 4,000; Rebels under Earls of Lancaster & Hereford with 700 knights and men at arms with an uncertain number of followers. Losses: uncertain

Edward II's rebel cousin was defeated and captured by a royalist force. This removed the main opposition in England to the king and his favourites.

The battle of Boroughbridge saw the total defeat of rebel forces under the Earl of Lancaster. It was a small but dramatic battle, or at least appears so thanks to the graphic detail provided in the contemporary accounts. It was achieved by a royal commander who took a strong position, holding a major river crossing, giving the rebels no alternative but to fight for control. He also used a very effective combination of tactics against the heavily armoured rebel force: a defensive wall of spears copied from the Scots and an offensive arrowstorm provided by his archers. In this, Harcla's victory foreshadowed the devastating success achieved some years later against the French at Crecy.

The action was fought for control of a narrow bridge and a nearby ford by which the Great North Road crossed the River Ure. Today the battlefield has been largely engulfed by the town, but in 1322 Boroughbridge had probably not yet extended as far north as the bridge. The land on either side of the river will have been floodplain meadow. But, while the bridge was probably very close to its present site, it is uncertain exactly where the ford lay, making it difficult to appreciate exactly how all the forces were deployed and where they fought.

The site is easily explored on foot from a car park within the town. Despite urban expansion, the battlefield can still be easily appreciated on the ground, because it was a fight across the river and there is still today considerably more open ground than might at first appear.