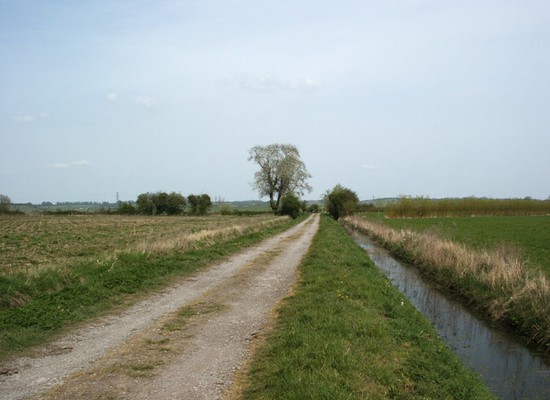 Initially in the infantry engagement the rebels still had the advantage of three artillery pieces, which they deployed about 100 yards back from the Rhyne on their left flank. Firing case shot they caused significant losses in Dumbarton’s regiment on the right wing of the royal forces. However with their ammunition wagon more than 2 miles away and with limited numbers of muskets the rebel force would never win a fire-fight against the far better equipped, supplied and trained royal infantry. Indeed the inexperienced rebel musketeers are said to have generally fired too high and so it was the artillery pieces which did the real damage amongst the royal infantry.

The critical early stage of the defence was under the command of Churchill. After Feversham’s arrival Churchill commanded the infantry for the rest of the battle, transferring regiments from the left to the right flank to support Dumbarton’s. Finally also six of the heavier royal artillery pieces were brought up, after the sort of chaos that one would not expect from a professional army, three being deployed on the right and three in the centre of the royal infantry battalia. The last rebel advantage was gone and very soon the rebel artillery was silenced and then the royal artillery began to cut through the rebel troops.

The latter had now crossed the plungeons and deployed against the rebel flanks, six squadrons under Lord Oxford and the King’s four troops of horse on the left. They are clearly shown by Dummer, each squadron in two divisions, the rear division there to support the first division and provide a second attack if the latter withdrew. When daylight arrived and Feversham could fully assess the situation he ordered the cavalry attack, supported by an infantry advance of four regiments across the rhyne to be supported by the other two that crossed the upper plungeon in line of march. But in the final attack most of the royal infantry seem to have stood off with just detachments of commanded musketeers engaging the rebel centre while the main action was left to the cavalry.

Initially the rebel regiments deployed and met the cavalry attack with pike and musket in similar fashion to many actions of the civil war. Though Wade claimed later that only his battalion had put up any serious resistance it seems from Dummer’s plans that each of the rebel regiments may have initially played its part. The first cavalry attacks were driven off, but any infantry force caught in open country without cavalry support would be extremely vulnerable but especially such an inexperienced force as Monmouth’s army.

Soon the pikes began to waver as rebel soldiers began to break and run from the back as the cavalry and infantry attacks came in. With troops streaming away, seeking the relative protection of the hedged fields, the rebels units were driven back in chaos. Many had died in the main action but, as so often, it was in the rout as the structure of the regimental formations collapsed that the rebel forces suffered their greatest loss of life. Wade claimed that his battalion made a desperate fighting retreat but it too was finally broken. Many had died on the field and many more lost their lives as they fled across the moor and into the cornfields of Chedzoy.