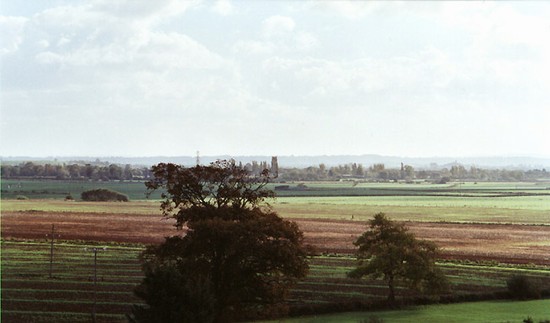 Monmouth may initially have intended to march north at night to evade the royal forces. However he changed his mind once he had information from a local supporter, Benjamin Godfrey, who had reconnoitred the enemy deployment and offered to guide the army across the moor. Monmouth recognised immediately the weakness of the royal deployment. The three arms of the royal force were positioned at some distance from each other and in this sense were vulnerable to a surprise attack. Monmouth change his plans to exploit that weakness in a surprise attack under cover of darkness across Sedgemoor itself.

He would take the long route through the narrow lanes skirting Chedzoy to the north and east approaching the royal camp from its least protected side. The cavalry would ride on and cross the upper plungeon, which was covered by few if any troops, and following the wide drove between the fields of Bussex and those of Westonzoyland they would attack the artillery train from the rear, neutralising one of the royal army’s main advantages and possibly even turning the guns on the royal infantry itself. Meanwhile the rebel infantry would form up in battalia in the moor to the north and attack the royal infantry camp, wading across the shallow rhyne in battle formation hopefully even catching the enemy unawares before they could form up. With the royal cavalry in quarters some distance away in the houses in the village the other main royal advantage, its experienced cavalry, would be out of contention in the early stages of the attack. Any night attack was risky, especially with inexperienced troops, but this was the best opportunity that the rebel army could ever have hoped for.

The axles of the cannon were well greased and horses hooves muffled with rags to keep down the noise. The rebel force departed between 10:00 and 11:00pm on a three hour march of five miles, arriving at about 2:00pm. The recognition word was ‘Soho’, a reference to Monmouth’s London home. In the confusion of a night attack the ‘word’ would be even more vital than usual. The march along Marsh Lane from the main road and then out across Northmoor was a challenging one, keeping quiet and avoiding the royal patrols. Because of a squeaking wheel one cannon had to be left behind and then so too was the ammunition wagon, near Peasey Farm. The clandestine advance was however initially successful as they skirted Chedzoy and managed to avoid the royal patrols.

Like that other desperate surprise attack of the Stuart Rebellions, at Culloden in 1746, the rebel attack was ultimately to fail, through a combination of bad luck and incompetence. At first the luck held and they were able to avoid the royal scouts. When they reached the Langmoor Rhyne, a water filled dyke which drained part of the moor, the local guide could not find the crossing point near ‘step stones’ or ‘Langmoor Stone’. Many of the rhynes were wide but shallow and might have been waded through, but this had been a very wet summer and to attempt a crossing with more than 3000 horse and foot in line of march would have been impossible. So they lost crucial time finding the crossing and then, when they did, they appear to have been discovered by a royalist scout left to watch this unlikely northern approach. A shot rang out, presumably from the trooper alerting his comrades, and then he set off at full speed back to the camp at Westonzoyland to raise the alarm with the repeated call of: "Beat your drums, the enemy is come. For the Lord’s sake, beat your drums". Within a short time of this call to arms each of the regiments were deployed and ready for action, although the cavalry who were quartered in the village would take far longer to arrive. To organise the troops in such rapid fashion into the formal deployment of a 17th century army in the dark and under threat of imminent attack was undoubtedly the mark of a professional army. It might have been a somewhat different story if the militias had been involved.