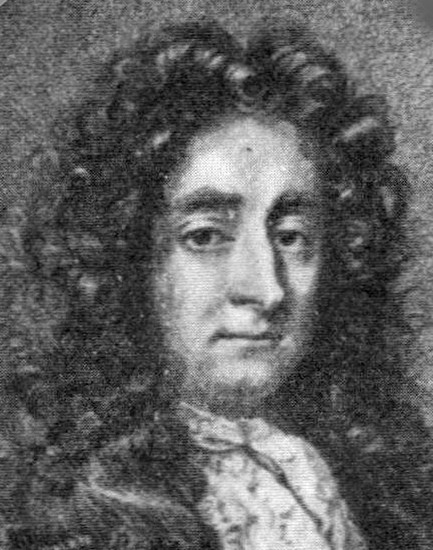 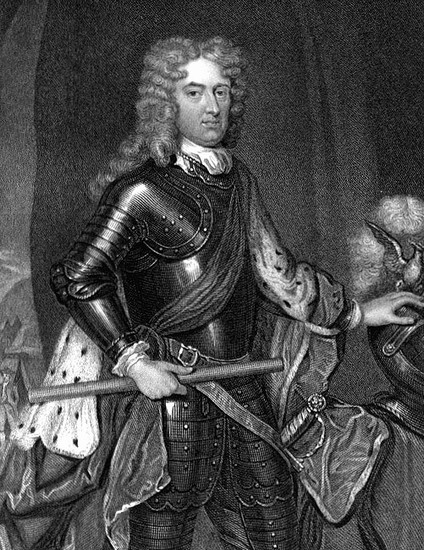 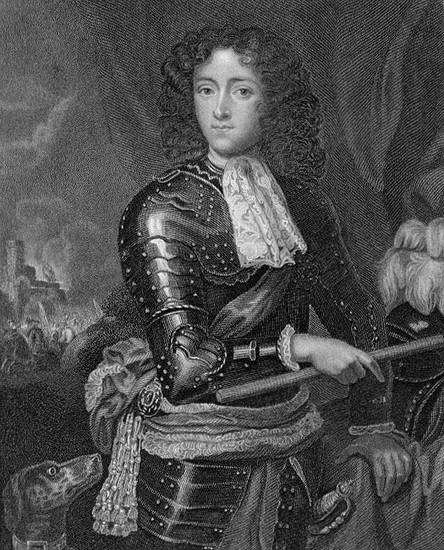 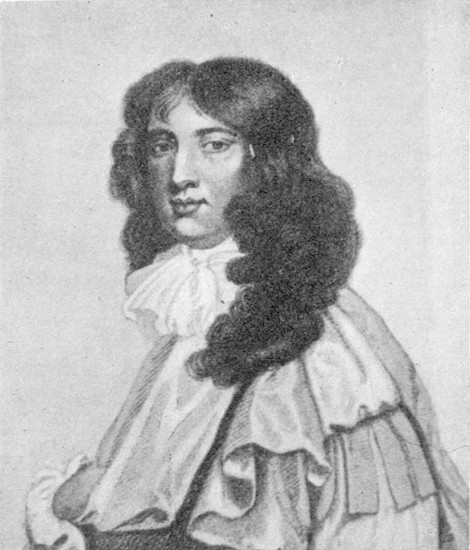 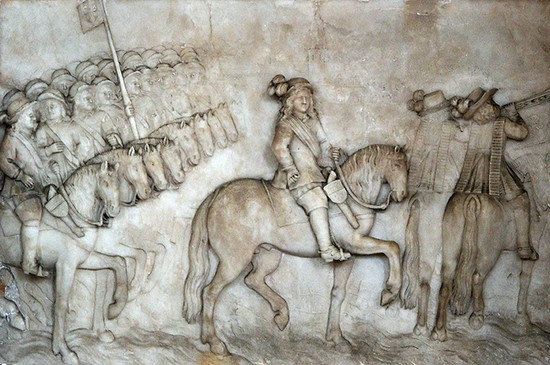 The Duke of Monmouth’s rebel army outnumbered the royal forces at Sedgemoor, especially as the Wiltshire militia was quartered several miles away and did not reach the battlefield until the rebels were already routed. But the rebels were deficient in muskets, poorly trained and with some of their troops armed with no more than scythes as weapons. In contrast the royal army were well equipped and experienced professionals.

COMPOSITION OF THE FORCES

The royal army, commanded by Lord Feversham with John Churchill (later the Duke of Marlborough) as infantry commander, had some 2600 professional troops. These comprised 700 cavalry in 4 squadrons of which 200 were on patrol together with 1900 infantry in 6 battalions: Kirke's, Trelawney's, the 2nd (Coldstream) Guards, two battalions of the 1st Foot Guards, and Dumbarton's Regiment (Royal Scots). In addition there were about 1500 of the Wiltshire militia in 3 regiments at Middlezoy, two miles in the rear, which were not engaged until the rout. The royal artillery consisted of 26 of which 6 engaged in the main action.

The rebel army was commanded by the Duke of Monmouth, with Lord Grey of Warke as cavalry commander and Nathaniel Wade commanding the infantry. By the 5th July they had about 3600 troops, comprising some 600 cavalry and about 3000 infantry in 5 batallions. Their artillery consisted of just 4 small iron guns, but only 3 were brought onto the field.

The armies of 1685 were still equipped and used tactics very similar to that seen in the Civil War. The greatest changes had been amongst the infantry, and not simply in the style of their coats – long coats having now replaced the short coats worn in the 1640s. While armour had already been largely abandoned by all but the cavalry by the later stages of the Civil War, in the 1640s and 50s the musketeers had almost all used matchlock muskets. Just one of the royal regiments were now equipped with matchlocks, the rest using flintlock muskets, a more reliable mechanism that was always ready for use, saving precious minutes in the lighting of the match, while at night there was not the glow of the match to give away the musketeers’ position.

The rebels however would have used any weapon that came to hand, so matchlocks may have been far more common amongst Monmouth’s army. Although the days of the pike were numbered, due to the invention of the bayonet, in 1685 the infantry still comprised a balance of musketeers, providing a devastating firepower, and the pikemen whose most important task was the defence of the infantry against cavalry attack.

The royal army probably lost no more than about 80 killed and 220 wounded. The rebels are believed to have had more than 1000 killed and about 500 captured and imprisoned in the church overnight, someof whom were later executed.