Battlefields Hub → Wars of the Roses → Battle of Nibley Green 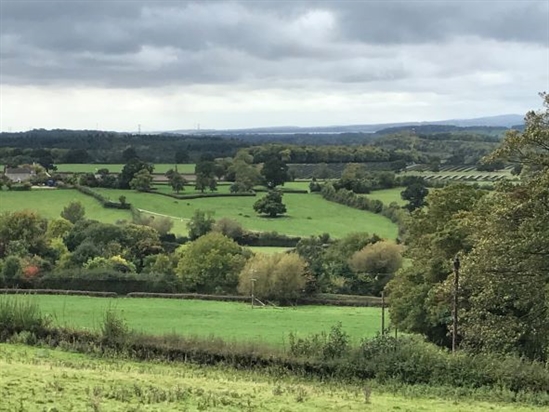 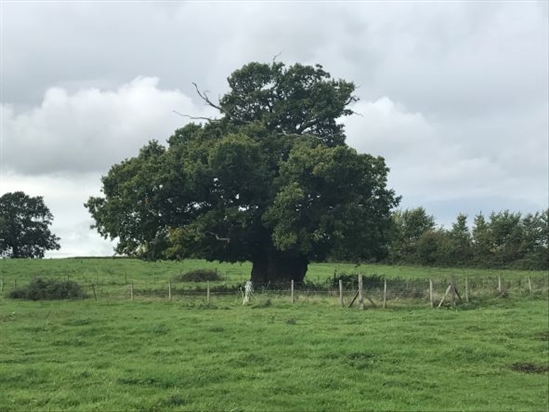 Armies and losses: Private armies under Thomas Talbot, Viscount Lisle, numbering perhaps in the low hundreds and William Lord Berkeley with probably less than the 1,000 men claimed in the Smyth account.  Losses: unknown

Location: approximately located in the open fields between the church at North Nibley and the Mickle Wood

The battle of Nibley Green was fought on 20th March 1470 during the Wars of the Roses. It was one of several small-scale armed conflicts between competing members of the English aristocracy aiming to resolve personal disputes that took place during the 15th century and marked the culmination of a long running complex inheritance dispute between Thomas Talbot, Viscount Lisle and Lord William Berkeley.

At the time of the battle, Edward IV was on campaign in the north of England dealing with the rebellious Earl of Warwick and his erstwhile ally the Duke of Clarence, Edward's brother. The battle demonstrated how in the absence of intervention by a powerful king to control his unruly subjects, as Andrew Boardman has observed, ‘small personal grievances between neighbouring lords could all too quickly escalate into something much more serious, with private armies being used without restraint to settle minor disputes.’

Much of what we know about the encounter, we owe to the Berkeley Estate Steward and lawyer John Smyth (of Nibley House) writing in the early 1600s, John Leland, antiquarian and traveller, writing in the mid-16th century, and two lawsuits brought to the court of the King's bench a year after the armed encounter. Leland’s account needs to be treated with caution given the distance in time from the events he describes.  Separately, whilst some of Smyth’s account is based on now lost Berkeley manuscripts and the lawsuits, he also relies on oral testimony of local people, which can be unreliable.

In March 1470 Lisle challenged Berkeley to a personal duel or, if he preferred, to meet him in battle with their respective retainers to settle the legal dispute once and for all. Lisle had badly underestimated the number of men the older Berkeley could assemble and his small band, perhaps in the low hundreds, raised from amongst his tenants, was outnumbered by Berkeley’s force. Berkeley was the principal landowner of Gloucestershire with considerable influence in the county and numerous allies and local support he could call upon. Whilst his force was substantial, it was probably smaller than the 1,000 retainers and others claimed in Smyth’s accounts.

Descriptions of the battle and how it developed are limited and not easy to interpret. Nevertheless, the general lay of the land appears to have altered little in over 550 years and the likely scene of the battle is the flat area of ground in front of the Swynebourne stream to the west of St Martin’s church at North Nibley. The nearby great Oak tree in front of Bush Street Farm is estimated to be well over 700 years old and was once part of the outer edges of Michael wood (literally the Mickle or Great wood) which has receded considerably over the centuries. Smyth claims the place where Berkeley attacked Lisle was Fowleshard.  Whilst this no longer exists, a field known as Fowles grove, subsequently corrupted to Foley’s grove, was located a few hundred meters north of Bush Street Farm.

Lisle and his force descended from the church down to the green below on the edge of Michael wood and, it seems, fell unwittingly into a trap.  He appears to have led a downhill charge on seeing a smaller opposition force deployed for action. However, most of the Berkeley force were hiding in the wood and broke from its dense cover once Lisle had lost his tactical advantage. Lisle fell early in the engagement, according to both Smyth and Leland having been shot through the face by an arrow either in an early volley of arrows or after being targeted at close range after lifting the visor on his helmet.  Lisle’s wife said in her lawsuit that he was hit by two arrows in the face and then stabbed to death as he lay injured. His death quickly led to the rout of his followers.

Heavily outnumbered and leaderless, few in the Talbot camp would have relished the thought of continued fighting against the odds and probable annihilation. Many would have perished in the rout that followed. Later historians estimated the number of dead at 150, though this appears speculative. In Victorian times workmen underpinning the wall of St Martin's church were reportedly said to have discovered a large communal grave pit containing many skeletons of the fallen, which needed to be relocated in several cartloads.

Following the batte, Lisle's manor at Wotton-under-Edge was sacked by Berkeley’s victorious force. As a result of his victory, Berkeley regained Wotton and the other disputed manors, though Lisle’s successors maintained a legal dispute for their return which continued until 1609 when compensation was paid them and a financial settlement finally reached.