The Battlefields Trust has created a number of education resource packs for use in schools, colleges and youth groups.  Each pack contains a range of materials designed to assist teachers and group leaders in the creation and delivery of lessons and / or projects centred on an individual battle and its related history.  Much of this material has been specially commissioned by the Trust and has been created under the guidance of experienced teachers.  The material is suitable for use with a range of age groups and is intended to support the needs of individual teachers and group leaders in the creation of lessons and / or projects suitable for their particular requirements.

The content of the individual packs varies but typically includes: 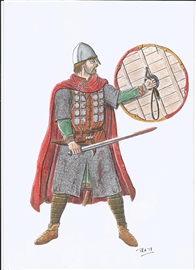 CARHAM
The 1018 Battle of Carham saw Northumbrian forces face the combined Scottish forces of two kings, Malcom II, King of Scots and Owen the Bald, King of Strathclyde. The Scottish victory is seen as a pivotal event in the establishment of the Scottish kingdom, it led to the fatal weakening of the Earldom of Northumbria; resulting in Northumbria beings unable to challenge the recent conqueror of England, Cnut. The ultimate result of the Battle was the determined of the eastern border of Scotland at the River Tweed. This pack has been produced in collaboration with the Carham 1018 Society http://www.carham1018.org.uk/ 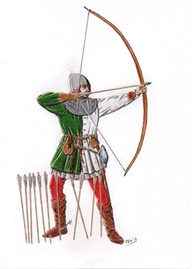 SHREWSBURY
The Battle of Shrewsbury was a battle fought on 21 July 1403 between an army led by the Lancastrian King Henry IV and a rebel army led by Henry "Harry Hotspur" Percy from Northumberland. The battle, the first in which English archers fought each other on English soil, ended with Hotspur’s death which finished the rebel challenge to Henry’s seizure of the throne from Richard II in 1399. 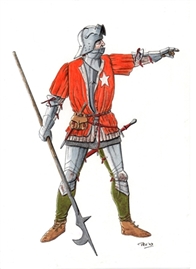 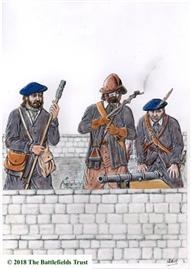 NEWBURN FORD
The battle of Newburn Ford, fought on 28th August 1640 and was the only significant battle of the two Bishops’ Wars.  Two days after the battle the city of Newcastle was surrendered to the Scots and King Charles I was obliged to recall Parliament to raise the money required to buy them off.  The battle finally put an end to Charles’ 11 year period of ‘personal  rule’ which, in turn, was a significant step towards the outbreak of civil war in 1642.  The battle itself is a textbook example of how to conduct an opposed river crossing.  There are few other examples to be found amongst English battles. 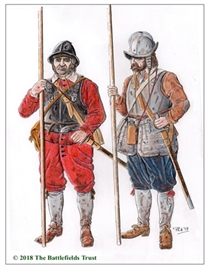 EDGEHILL
The battle of Edgehill, on Sunday 23rd October 1642, saw the army of the Earl of Essex, the parliamentarian Lord General, and the King’s army clash in the first major action of the Great Civil Wars. Although often viewed as an indecisive battle, the king actually gained an important advantage. Essex failed to break through and had to retreat northward to the security of the parliamentarian garrisons at Warwick and Coventry. This left the royalists in command of the road to London, and control of the capital was the key to the war. 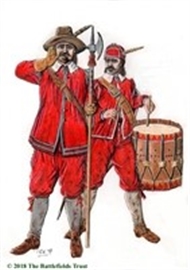 The Battle of Worcester, the last battle of the Civil Wars, was fought on 3rd September 1651; nine years earlier the first substantial action of the war had taken place barely two miles to the south of the city, at Powick Bridge. Whereas that first skirmish had been a dramatic success for Prince Rupert's royalist cavalry, by 1651 it was parliament's New Model Army that was the dominant military force. This pack has been produced for the Battlefields Trust by Ian Binnie.

Most of the material is provided in the form of pdf files.  If users wish to adapt any of the content the Trust would be happy to provide editable MS Word files upon request.

The materials included in these packs are made available free of charge for educational use but copyright remains with The Battlefields Trust.  None of the materials may be used for non-educational or commercial purposes without the prior written consent of the Trust.

The Battlefields Trust will be adding further educational resources in the future, so remember to bookmark this page