The battle of Edgehill, on Sunday 23rd October 1642, saw the army of the Earl of Essex, the parliamentarian Lord General, and the King’s army clash in the first major action of the Great Civil Wars. Although often viewed as an indecisive battle, the king actually gained an important advantage. Essex failed to break through and had to retreat northward to the security of the parliamentarian garrisons at Warwick and Coventry. This left the royalists in command of the road to London, and control of the capital was the key to the war. 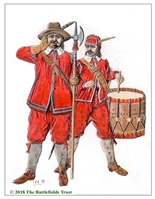 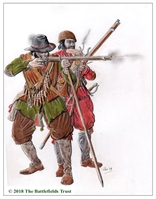