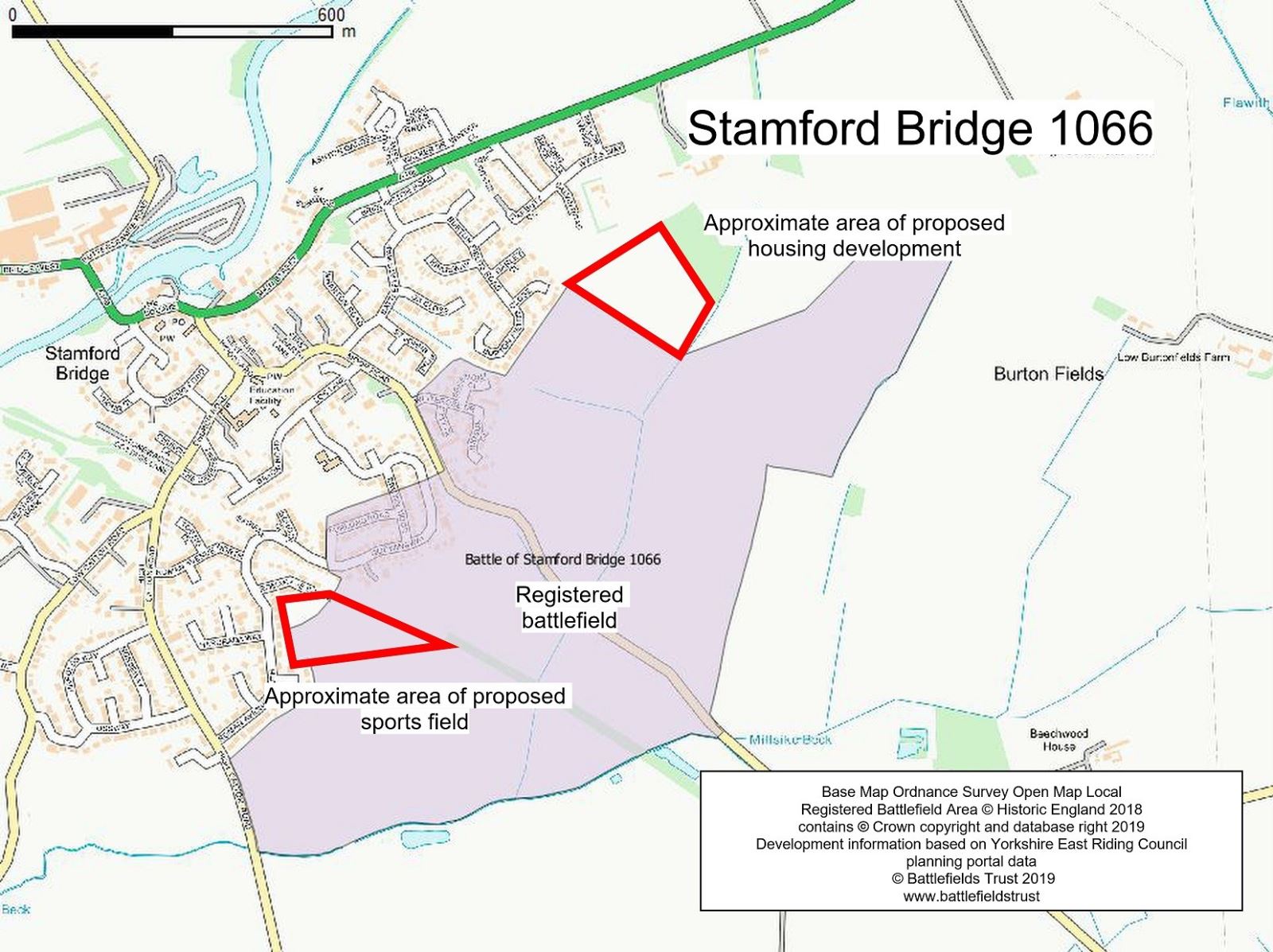 Two planning applications affecting the registered battlefield at Stamford Bridge were received in 2019. One was for a housing development immediately adjacent to the northern side of the battlefield. The second was for a sports field with changing facilities and car parking located on the northern side of the registered area south and west of the proposed housing development. The Trust opposed the proposed housing development on the grounds of its impact on the setting of the battlefield and has raised concerns about the quality of pre-determination archaeological work given the problems of accurately identifying the boundaries of early medieval battlefields. It did not oppose the sports field proposal on the grounds that the level of harm would be low due to the use of green materials for the car parking area and the small footprint of the changing facilities. Both developments have offered interpretation of the battlefield as part of the proposed scheme, though without providing detail. The sports field development was agreed by the East Riding of Yorkshire Council in late 2019.

As of March 2021, the sports field development had been agreed by the planning authority and was proceeding.  The housing development was refused, but was subsequently appealed by the applicant.  However the appeal was withdrawn after the first day of the appeal hearing in late 2020.

Further Battlefields Trust information about the battle of Stamford Bridge can be found at: http://battlefieldstrust.com/resource-centre/viking/battleview.asp?BattleFieldId=41