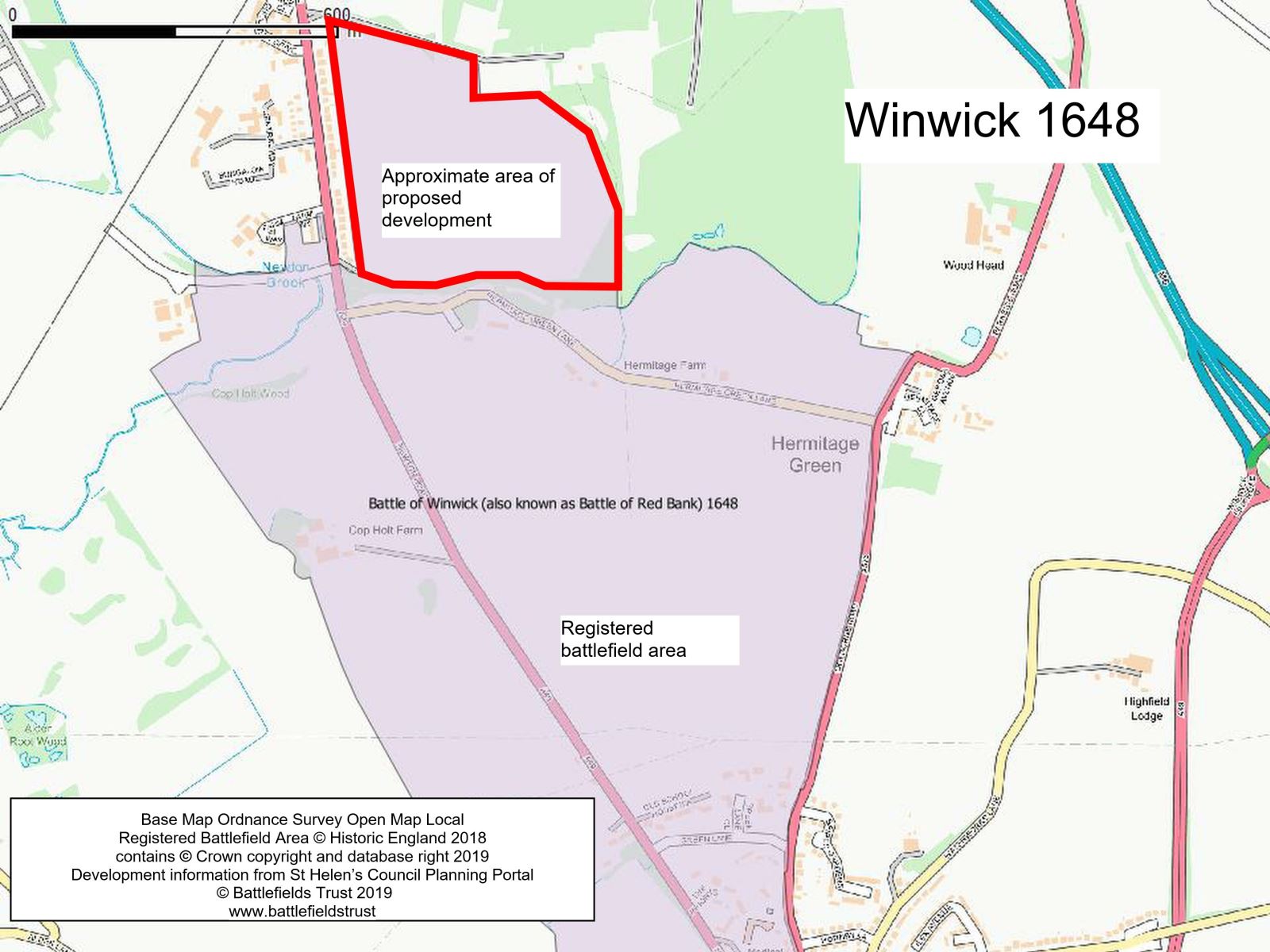 This best surviving second Civil War battlefield was registered by Historic England in early February 2018. A planning application for warehousing on the northern part of the battlefield covering a largely untouched part of the former Parkside colliery site was extant at the time of designation.  Historic England described the impact of the proposed development as causing high, but not substantial, harm to the battlefield meaning that it was up to the planning authority, St Helens Council, to balance the public benefit of the development against the harm caused to the heritage.  The Trust made a number of submissions about the proposal in 2018 and 2019, arguing that the impact was substantial, that the visual impact of the development had not been properly considered and that the pre-development archaeological work had been insufficient.  On 17 December 2019, St Helens Borough Council agreed that the development could proceed, although the decision was ‘called-in’ by the Secretary of State for review as the development impacted upon green belt land. In early 2021 hearings were held by the Planning Inspector and they are due to report to the Secreatry of State by 31 March.  As of late October 2021 a decision was still awaited.

Separately in November 2019 the Battlefields Trust commented to Warrington Borough Council on an application to construct an agricultural building on the battlefield north of Cop Holt Farm under permitted development rules. The Trust argued that permitted development rights did not apply in this case and that a full planning application should be made. It also recommended an archaeological survey in advance of any construction on the site.  This application was withdrawn in December 2019, although a similar application was made in early 2021 which the Trust asked to be put on hold until a statement of heritage significance is made.  Warrington Borough Council approved the application in July 2021.

Further Battlefields Trust information on the battle of Winwick can be found at http://battlefieldstrust.com/resource-centre/civil-war/battleview.asp?BattleFieldId=90